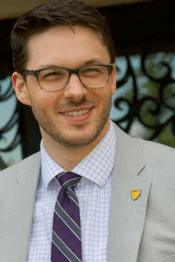 Matt Kezhaya is a civil and appellate attorney in Bentonville, Arkansas. Some of Matt's more interesting cases include reversing a 140-year rape conviction, interpreting Walmart's open-door policy, and arguing about usury. Matt is a former chairperson of the Civil Litigation Section of the Arkansas Bar Association and has served on a task force to update the Arkansas Bar Association's governance. In 2019, Matt represented a minority religious community against a city for excluding them from an otherwise all-comer prayer policy, represented the same community in their efforts to place their monument on the capitol grounds, and represented a trust beneficiary in allegations of misappropriated trust funds--all pro bono and while expanding his thriving solo practice.