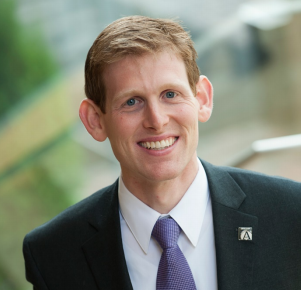 Kevin De Liban is the Director of Advocacy at Legal Aid of Arkansas, nurturing multi-dimensional efforts to improve the lives of low-income Arkansans in matters of health, workers' rights, safety net benefits, housing, consumer rights, and domestic violence. With Legal Aid, he has led a successful litigation campaign in federal and state courts challenging Arkansas's use of an algorithm to cut vital Medicaid home-care benefits to individuals who have disabilities or are elderly. In addition, he and Legal Aid of Arkansas, along with the National Health Law Program and Southern Poverty Law Center, successfully challenged Medicaid work requirements in federal court, ending the state's unlawful use of red-tape that stripped health insurance from over 18,000 people. Kevin regularly presents about imposing accountability on artificial intelligence and algorithms and was a featured speaker at the 2018 AI Now Symposium with other leading technologists, academics, and advocates. In 2019, Kevin received the Emerging Leader award from the national community of legal aid lawyers and public defenders. His work has appeared on or in the PBS Newshour, the Washington Post, Wall Street Journal, MSNBC, the Economist, the Verge, and other publications and podcasts. When not practicing law, Kevin is passionately creating music as a rapper.