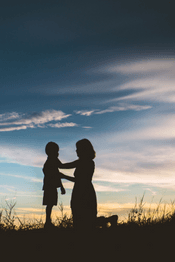 Angel is afraid her health-related story may not have a happy ending.  She is frustrated with her Primary Care Physician (PCP) and she is very unhappy with what happened with her son as part of his PASSE services.

Angel is busy mother who works hard to be self-sufficient. She is proud that she has worked for her entire life; starting when she was 14 years old. She has always worked and provided for her children – and is frustrated to see people who refuse to work; but seem to get more help. It doesn’t make sense to her. Angel has always worked – and will continue to work hard to get what she needs for her family.  As the costs of housing, food, and gas continue to rise, she fears there will never be a way to afford her own medical care.

She is a Server by profession and knows how important it is to maintain her good health in order to do her job well. She’s on her feet a lot – and was deeply concerned when she started to experience severe swelling in her leg in March of 2021. Compounding the problem, Angel has psoriasis on the same leg. She seems to be caught in a cycle wherein the psoriasis aggravates the swelling, her leg swells until the skin splits open and becomes infected, and the swelling and infection triggers her psoriasis. Angel worries that, at some point, her problem will interfere with her ability to work and care for her young family. She made an appointment with her PCP, but the visit did not go well.

When asked about her doctors, Angel said, “I mean, I like my Dermatologist. That’s who I’ve been seeing. I had to see her because I have psoriasis and I’ve been having a lot of problems with that lately. And I love her but my PCP…. I had to tell her what was wrong with me and what referral I needed – and then she did it wrong and I ended up having to call and speak to the supervisor of the clinic to get what it was I needed. Which she actually got for me, like, right away because I was bawling my eyes out.”

Angel felt her PCP didn’t seem to care that her leg was painfully swollen and infected. At one point the PCP - while looking directly at her swollen leg- had advised her that there was nothing wrong, all the lab results had come back fine; ignoring the evidence directly in front of her that something was indeed wrong!  Angel hasn’t changed PCPs because she feels it’s too hard to get any doctor to see her in her rural town, and she isn’t confident the change would make a difference anyway. But she was pleased to get the opportunity to have it treated by the Dermatologist.

After treating her using a variety of protocols over a course of several months, her Dermatologist recently advised her there is nothing more that can be done. What is wrong with her leg is not being caused by the psoriasis – although the two conditions seem to aggravate each other. Her Dermatologist suggested she return to her PCP and ask her to figure out what is wrong. Angel thought this was pointless, stating “My PCP had no idea what was wrong with me and couldn’t help me at all.” Angel isn’t confident in her PCP’s interest or ability in helping her leg to heal.

The PCP did give her one other referral, to a Rheumatologist. But when Angel called to make her appointment, she was told a referral from a PCP was not enough; that she needed the referral to come from her Dermatologist - “and they hung up on me.”  Her Dermatologist did not believe the swelling was from arthritis; so, this referral was a dead end.  Angel is losing hope that she will ever feel well again.

Angel is happy that she has Medicaid to help her take care of her and her children’s medical needs. But she has also experienced some frustration with eligibility issues. She used to mail in her verifications and proofs of eligibility – but they kept losing her paperwork. Now she feels compelled to go to the DHS offices personally and make them give her proof of receipt of her proofs of eligibility.  She also worries a lot about her Medicaid because she gets notices late in the mail – sometimes after the deadline they have set for her.  Right now, Angel is receiving Medicaid because of Covid. She is worried about what is going to happen when the Public Health Emergency ends her Medicaid eligibility; she knows she needs ongoing medical care.

Angel’s daughters are receiving health care benefits through ARKids, but her son qualifies for services through the PASSE program*. She likes that they work to coordinate care for her son but was taken aback when  a strange woman contacted her and said she needed to come to their home to interview her about her son. She allowed her to come – and she is sorry she did. The - woman was asking her a lot of very personal questions about her son. At one point, Angel stopped her and asked what the purpose of her questions were. The woman said she was gathering information because she was an advocate. After the interview, the woman kept sending Angel annoying text messages asking after her son. Angel contacted DHS and wanted to know if she had to share information with this alleged advocate – they told her no; but that she was supposed to talk to them because it was for her son’s benefit. When pressed, the staff member admitted that talking to the advocate was entirely optional – but implied that if she opted out, she was being neglectful of her child or didn’t care about him. Angel is very upset that she was not informed that this very invasive interview was optional. She opted out and requested the advocate quit texting her. But she was worried that opting out might bring repercussions.

Angel is very protective of her children and was extremely upset to feel that she was being tricked into answering very personal questions about her son. Her son has rights to privacy through HIPAA* and she feels that this advocate had no right to trick her into thinking this interview was mandatory. Her son does need services, but his right to privacy is paramount and should be respected. This part of her story prompted Angel to share what she thinks is the biggest weakness of the Department of Human Services (DHS).

When she is trying to obtain services for her children, she is painfully aware that DHS has two functions. One is to provide help to families who need assistance – like food stamps and Medicaid. But the other function is to “take kids into Foster Care if the State thinks you are a bad mom. I hate to say this” she continued “but with DHS there is always that underlying threat that if you don’t cooperate, then we’re not going to help you and you’re a bad mom – we could take your kid away. It doesn’t seem fair that your medical provider is linked to the people that can take your kid away. Just because we’re poor doesn’t mean they aren’t our kids. They’re still our kids. To me, it’s scary – and it’s a conflict of interest that Child Protective Services is linked to the DHS office. There’s always that feeling that they can take your kid away. There’s always that feeling. We think about it all the time.”

* HIPAA is the acronym for the Health Insurance Portability and Accountability Act that was passed by Congress in 1996. The HIPAA Privacy regulations require health care providers and organizations, as well as their business associates, to develop and follow procedures that ensure the confidentiality and security of protected health information (PHI) when it is transferred, received, handled, or shared.