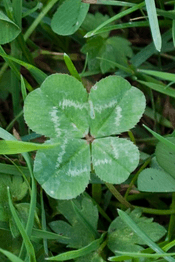 Guy seemed to have made an enemy or two in the desert of Arizona. As the foreman of a massive solar panel project, he was the person who had to pass the bad news to his work crew - everyone was getting laid off. No one was happy about that. He remembers feeling bad as he drove off the work site. He has no memory of what happened next.

An investigation indicated Guy went off a cliff. He’s pretty sure it was retaliation for the layoffs, but the police could never get enough evidence to bring charges against any one person. He is told he crawled away from the truck just in time – it exploded into a ball of fire as guy, unconscious, lay safely away – his spine broken; hanging on by a thread. Guy is lucky – as far as luck goes.

Guy grew up in Minnesota, but he knew he wasn’t staying there. He had traveled to Arizona in order to take the job with the solar panel company. After the fall from the cliff, he found himself losing everything as he was drowning in medical bills. He lost his house, he lost his savings, he lost his retirement, he lost his ability to walk, and he lost the ability to get through the day pain free. He lost a lot. What he didn’t lose was his circle of good friends. He was, of course, feeling down on his luck when a friend offered to let him live in a house he owned in Northwest Arkansas. All he had to do was pay the mortgage and the utilities. He felt very lucky as he moved to his new home.

Of course, he would need medical support to maintain his quality of life. He was pleased that people from the Department of Human Services came to his home to help him through the Medicaid application process. Given a choice, he chose the PASSE program to support him. He was given a tour of the facility which would provide his supports and really connected with the doctor. He was a veteran, and the doctor was a veteran, too. He could handle that. Guy felt fortunate to be in Arkansas and very fortunate to find the right programs to support him. He was allotted 42 hours a week of in-home assistance and the doctor prescribed him oxycontin for his pain.

Despite the allotment of 42 hours, he only gets 40 because PASSE staff tell him they don’t pay overtime and they are too short-staffed to send someone over for the extra 2 hours each week. But that’s okay. It is what it is, and he has a friend who cares about him and takes up the 2-hour slack for free. There was one time when they sent a woman as his home-health aide who didn’t have the strength to adequately assist him. He felt PASSE pushed back a little when he requested a different Aide, but they did make it right by him.

As for the pain medication, Guy quickly realized that Oxycontin was not something to mess with. It left him feeling dopey and out of it. After trying many different avenues for pain relief, Guy settled on medical marijuana. He feels it gives him the greatest relief, and he hopes one day the Federal government will start

taking marijuana seriously so that Medicaid can make his pain relief medication more affordable. But for now, he is paying for a doctor to prescribe the medical marijuana and uses a portion of his limited budget for pain relief that allows him to function and avoid addiction while still getting a bit of relief.

Life is never perfect but – with the help of the Medicaid PASSE program – life is good. Guy is happy to live in bustling Northwest Arkansas where he can independently get to town, attend concerts, shop, and find some fun. He has good friends who help him and care about him. The VA came out and installed a handrail that he needed and PASSE came out and blazed a trail in his driveway so he could get around with ease. Without the help of Medicaid, his quality of life would be terrible. Guy is very grateful for how Medicaid has enhanced his life.