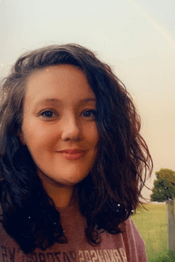 She was in her late teens (and had just started college) when it all started. Everybody told her oxycodone was fun and a safe way to get high. Pharmaceutical companies were saying it was non-addictive (which was an added bonus). She remembers the pill mills opening up everywhere. Although it was a little pricey, anyone could get a prescription for oxy if they saved up for a couple of weeks.

Two decades later she understands what it means to “fight for her life”. She remembers moving from oxy to meth, and later to needles. She remembers dropping out of school and having her baby as she tried to kick the habit. And she remembers her frustration when she heard on the news that oxycodone wasn’t non-addictive as claimed. By then she could have told you that herself.

Scarlett wasn’t successful the first time she tried to get away from the drug life. She wasn’t even successful the second time. They gave her Buprenorphine, and she tried to stay away from drugs but ended up selling her Buprenorphine on the streets. And then came the raid. She’d gone from being a teen who just wanted to get high to a young woman serving a prison sentence. This was not fun – it hadn’t ever really been any fun.

The prison was a wake-up call for Scarlett. It was definitely not her favorite time in life, but it did give her the chance to face the horrendous task of withdrawal. Once her substance use disorder was behind her, she was grateful and vowed to never go back. She recognized that Buprenorphine was not for her – she didn’t need to be focused on obtaining any drugs. She knows that caring for her son and rebuilding her life are the places where she chooses to focus. Getting free from drugs is more than just not using drugs. Scarlett had to leave her friends and boyfriend behind and learn new ways to deal with life.  Thanks to the strong love and support of her family, her son was cared for until she could resume her parental duties. She’s working to get back into school, but her career focus has changed; she wants to be a drug counselor. Helping people become free from their substance use disorders will allow them to live the life they choose – their best life.

But Scarlett isn’t quite free yet. Although she hasn’t touched drugs for a little over one year, drug use is still haunting her life. She was recently diagnosed with Hepatitis C – she’s pretty sure she got it from sharing needles. She was glad she had Medicaid, because, without it, she would have never obtained a diagnosis, but was sad to learn that Medicaid will not pay for treatment for Hepatitis C1. She is consistently frustrated and dismayed as she fights for the privilege of obtaining the medicine she needs to become well. Thanks to her doctor, she is applying with “private pay programs” for financial help in obtaining DAA (a new medication that can completely clear up Hepatitis C in 3 months). She doesn’t understand why Medicaid chooses to let her disease progress until her liver is destroyed – that will cost them more to treat her in the long run. Right now, there is scarring on her liver – but a chance to be well would be within her grasp if the medication were only available.

Scarlett’s story isn’t fully written yet. She is currently hoping to obtain the medicine she needs to recover from Hepatitis C, she is working hard to live a drug-free life, she is earning the chance to return to school to become a drug counselor so she can help others, and she has her precious son to raise.  She’s learned that life is hard (but fun), kids are hard (but fun), and having access blocked to receiving life-saving medications is “no fun at all”.