Things to Remember When Filing for an Order of Protection 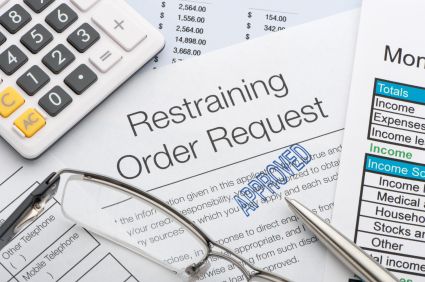 -When describing the abuse, don’t just speak in general terms. Don’t just say the abuser hit me or pushed me. Tell how the abuser hit you, for example it was an open handed slap across the face or a punch with a closed fist to the side of my head.

-Explain in details any injuries you received. Tell if you had a black eye, broken nose or swollen lip, state how long after the abuse the injuries lasted and if the injuries worsened. If they lasted for two days or a week make sure to include it. If you had to seek medical attention, state that in your petition, what treatment was sought and how long after the abuse you got treatment.

-When talking about threats, specifically state the threat and don’t just speak in general terms and say the abuser threatened me. State that the abuser threatened to kill you and said how they would do it by listing all of the specific details. State how often you have been threatened, i.e. weekly, daily, monthly and when you received the last threat. If you have threatening text messages, print them out to attach to your petition and also have copies printed for when you go to court.

-Take pictures of your injuries and get them printed out. Take pictures of any injuries to attach to your petition. It is very helpful if you are able to get multiple copies of the pictures made so that you can have printed copies when you go to court. Having them in your cellphone or on a camera is not as helpful in court.

-Witness testimony. If you have witnesses that have seen the abuse or heard the abuser make threats to you, that person needs to be present in court to testify. A notarized statement from them will not work.

-The Ex-parte Order. If you are filling out the Ex-parte Order and are requesting custody, make sure to list your name as having custody and list the children’s names as well. An Order of Protection is NOT a tool for just deciding custody so any award of custody is intended to be temporary in nature.

-Supporting Affidavit. Make sure to fill out the affidavit in support of Petition for Order of Protection as well even if you have already listed all the details somewhere else in the petition. If you don’t fill out the supporting affidavit, your petition can be denied. If you need more sheets of paper than what is provided to list all the details, don’t hesitate to ask the clerk for more sheets of paper.

-Length of time for final order. An Order of Protection can be granted for a period of time ranging from 90 days to 10 years.

Finally, remember that an Order of Protection is for physical harm, bodily injury, assault, or the infliction of fear of imminent physical harm, bodily injury, or assault so it is very limited in scope. It doesn’t cover, mental abuse, demeaning name calling even in the presence of children, harassment or threats to take minor children and shouldn’t be used just to get custody of children. Order of Protections expire on a specific date which means if no other actions are taken, any provisions regarding custody and/or visitation go back to how they were prior to the entry of the Order of Protection.